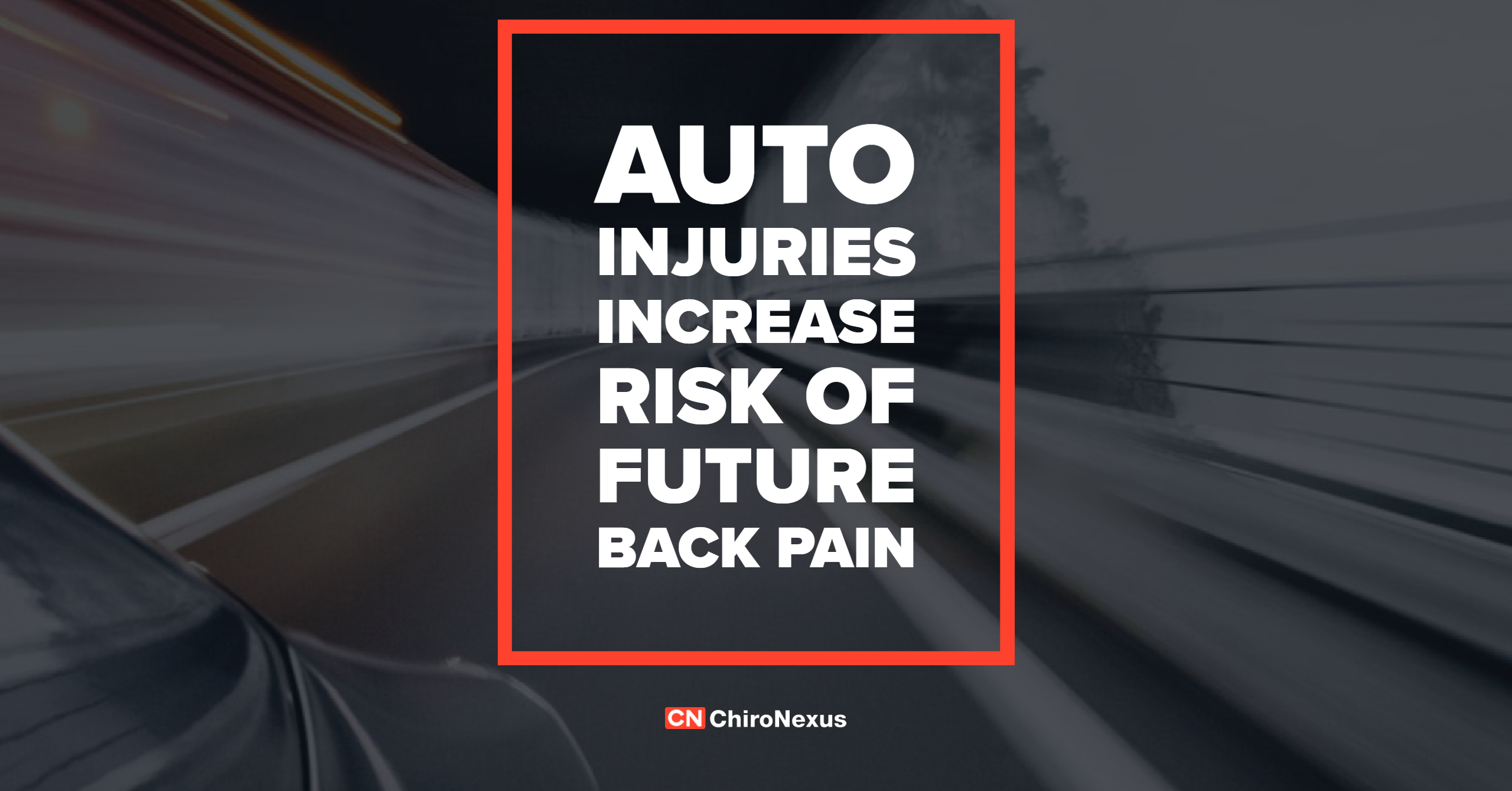 The National Highway Traffic Safety Administrations reports that more than two million people are injured every year in auto-related accidents involving either a passenger vehicle, large truck, or motorcycle. Furthermore, that number appears to be climbing at an alarming rate, increasing more than five percent between 2014 and 2015 alone.

Certainly, being involved in this type of incident can have long-lasting effects. For instance, one study published in the journal Psychosomatic Medicine found that "a substantial minority" of subjects questioned reported experiencing anxiety when traveling in a motor vehicle post-accident, with 10 percent developing post-traumatic stress disorder (PTSD), a condition that, in some cases, plagued them for years.

Well, another recently published study has found that being in a car crash can also result in long-term physical ramifications as well. Specifically, it discovered that back pain can linger or appear long after the vehicle has been fixed and the debris has been cleaned out of the roadway.

In April of 2017, the European Spine Journal presented a study involving 789 adults, all of whom reported experiencing mild low back pain or no pain at all. Upon entering the study, each person was asked whether or not he or she had been in a motor vehicle accident resulting in low back pain, making note of whether their level of pain increased, decreased, or stayed the same six and 12 months down the road.

Approximately 74.8 percent of the participants responded at the six month mark, with 64.5 percent providing input at 12 months. Of those who did respond, researchers noticed a positive correlation between those who had previously been involved in an auto accident and the incidences of low back pain at a later date. In other words, having a car crash in your past may increase your risk of back pain in the future.

This is partially why being assessed right after a car wreck is so critical. While this is relatively standard when it comes to auto injuries that can be seen or easily felt, damage done to the musculoskeletal system isn't quite so visible or easy to pinpoint, which also makes it easier to ignore.

Educating patients is the first step to helping them resolve any subsequent back issues. The second step is to regularly ask them whether they've been involved in a crash, no matter how small. If they have, addressing that issue first and foremost can keep their quality of life from being compromised months, years, or even decades later.