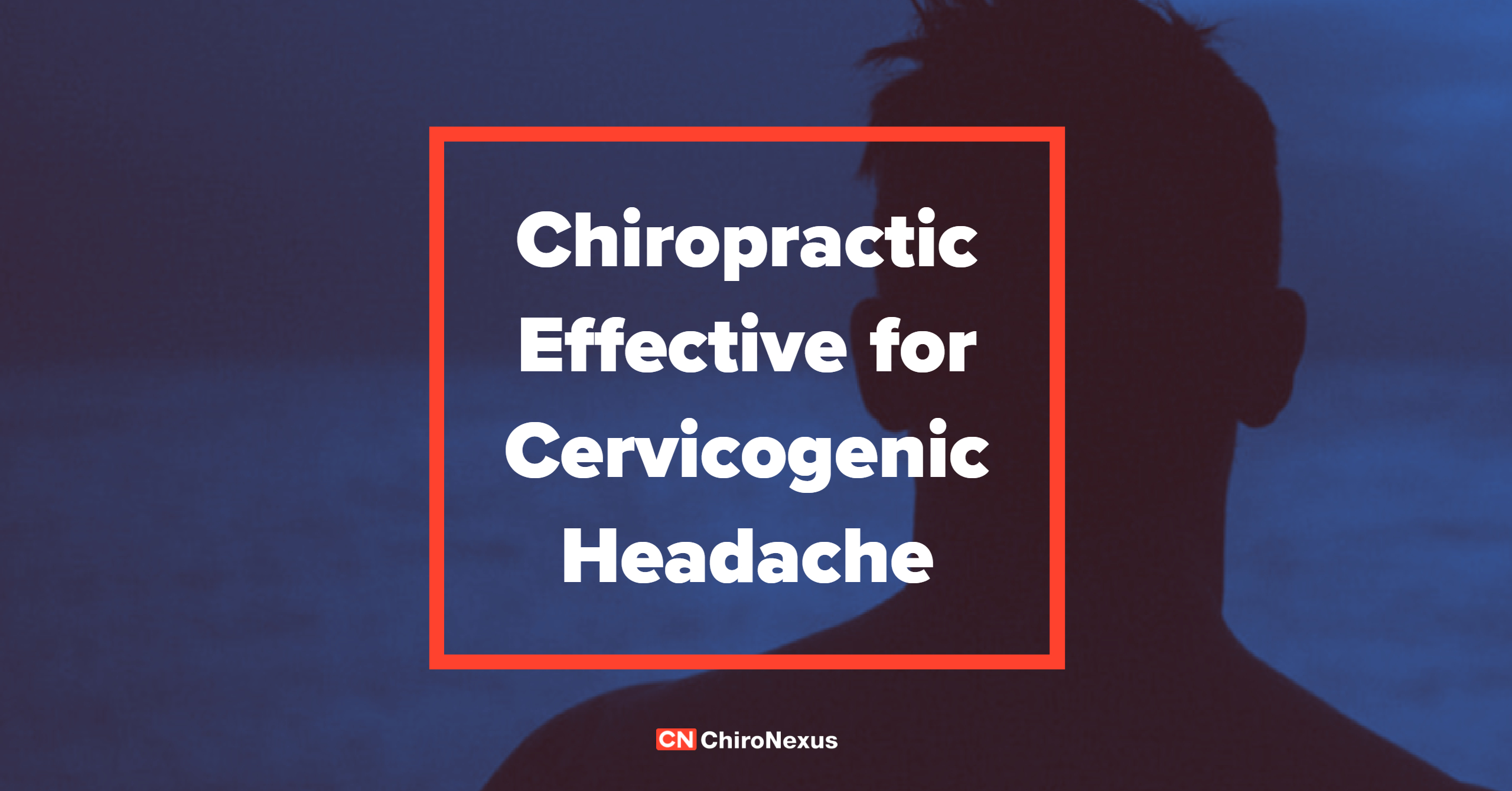 According to the World Health Organization (WHO), headache pain is "extremely common," with headache disorders--which are characterized as head pain that is repeated in nature--afflicting as many as one in 20 individuals on a daily or almost-daily basis. An additional one in seven people deal with the king of all headaches: migraines.

Another type of headache which can create an amazing amount of throbbing discomfort is a cervicogenic headache. Defined by the American Migraine Foundation as a "secondary headache" whose cause originates somewhere in the neck area even though it presents itself in the head, some research studies have found that these particular headaches tend to respond rather well to chiropractic treatment sessions.

For instance, BMC Research Notes published the results of a single-blinded randomized control trial conducted in Norway which involved 19 individuals between the ages of 18 and 70 who suffered from cervicogenic headaches. Each subject was assigned to one of three groups for a length of 17 months. The first group received actual chiropractic spinal manipulative therapy utilizing the Gonstead Method. The second group received sham chiropractic manipulations, and the third group served as a control and was simply asked to continue with their current treatment regimen, which did not include any type of manual intervention whatsoever.

Upon conclusion of the study, only 12 of the original 19 participants remained, due to either drop outs or the subject being excluded once randomization occurred. However, of these remaining individuals, those assigned to receive actual spinal manipulation reported a reduction in the number of headaches experienced both during the treatment regimen and at follow-ups conducted six months and one year post-treatment. This was particularly notable when compared to individuals assigned to the control group who reported no change in their cervicogenic headache frequency during or post-study.

While this is a rather small sample size, highlighting the need for more research to be conducted in this area, the study's findings suggest that, for patients struggling with cervicogenic headaches, chiropractic treatment is definitely better than no treatment at all. This is true both short and long term as positive effects are likely to remain long after the sessions have ceased.

Additionally, although headache pain is among one of the most common pains experienced by adults worldwide, that doesn't mean that people must simply manage their way through it. By engaging in regular chiropractic care, some headaches can be effectively treated at the source. Cervicogenic headaches are one of them, making this treatment method beneficial for patients seeking a reduction in head pain, and an increase in life satisfaction.