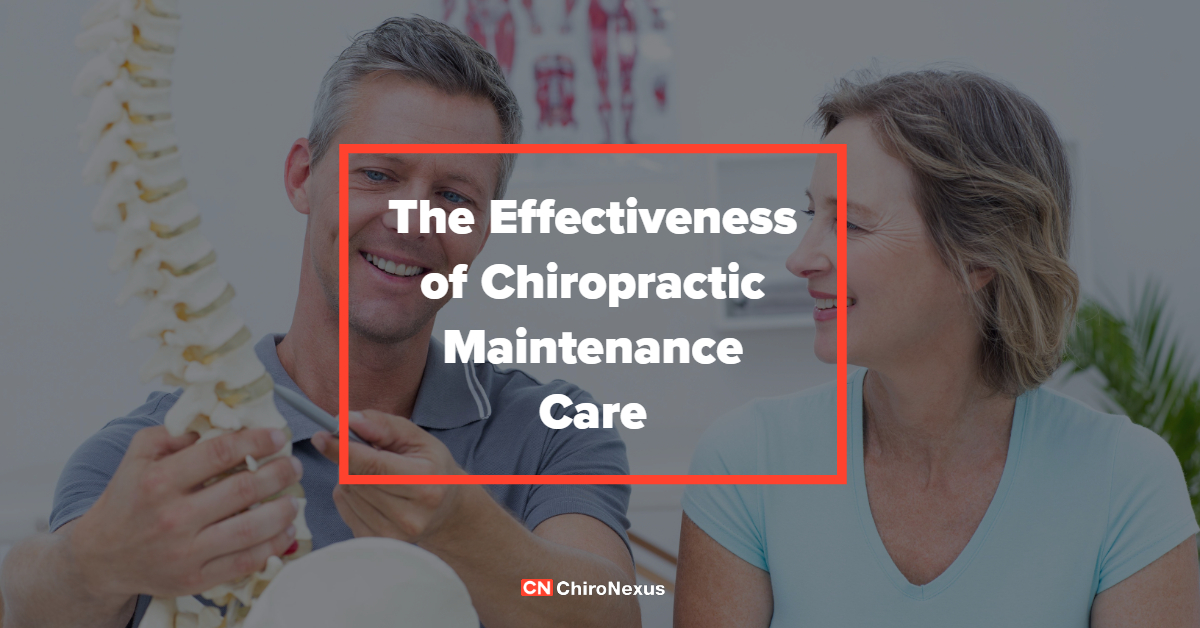 The Effectiveness of Chiropractic Maintenance Care

Many people who see chiropractors also do so on a maintenance basis, with the objective of preventing future episodes or exacerbation of their symptoms. Previous research has found that chiropractic can effectively prevent future back pain, but this approach hasn't been studied extensively.

Now, a Swedish study has given us some new data on the benefits of chiropractic maintenance care.

In this study, the authors started with a group of people who came to see a chiropractor for recurrent or persistent back pain. Of these patients, the researcher took those patients who experienced "definite improvement" from the chiropractic care and entered them into the main part of the study.

These 328 patients were then randomly assigned to two groups. The first group received Maintenance Care (MC): they were put on a chiropractic adjustment schedule that was determined by the chiropractor. The second group was the control group, and their chiropractic care was symptom-guided: the patients would come in for an adjustment when they felt like they needed one. This portion of the study lasted 52 weeks.

The authors describe the philosophy of the two types of care:

"In the MC group, the aim was to schedule patients before substantial pain reoccurred (i.e. controlled by the clinician), while in the control group patients were instructed to call in if and when the pain recurred (patient controlled). If patients in the control group made a new appointment, they were treated at one or several sessions until maximum benefit was reached and were once again instructed to call when in pain. If patients in the MC group experienced a new pain episode prior to the next scheduled visit, they were instructed to call for an earlier appointment and were cared for accordingly until they were ready to be scheduled for preventive visits again. MC visits were scheduled according to the clinicians' judgement of patient need, but at intervals of no more than three months."

At the completion of the study, the authors looked at the total number of days of bothersome low back pain in all subjects. The study found:

"In patients with recurrent and persistent LBP who responds well to an initial course of manual therapy, MC resulted in a reduction in number of days with bothersome LBP per week, compared with symptom-guided treatment. In total, the MC group had on average 12.8 fewer days with bothersome LBP over 12 months. The effect of the intervention was achieved at the cost of 1.7 additional visits to the chiropractor. For patients with recurrent and persistent LBP who are selected according to evidence-based criteria, MC should be considered."