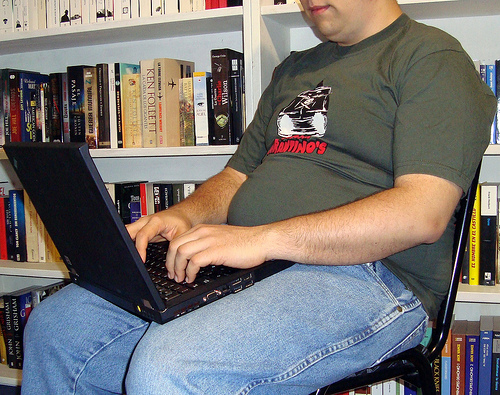 Obesity is a Disease, AMA Says

Obesity should be considered a medical disease, according to policymakers from the American Medical Association's House of Delegates, who voted on the new resolution on Tuesday.

The delegates say their endorsement recognizing obesity as a disease could spark new treatment options and better insurance reimbursement for overweight individuals seeking to improve their health.

Whether or not obesity should be categorized as a disease has sparked a controversy in the medical field, and within the AMA itself. The delegates vote goes against the recommendations from the AMA Council on Science and Public Health, who say that placing obesity in a disease status could undermine efforts for prevention and have little influence on treatment. They also pointed out that it would force employers to start making special considerations for obese employees, reported Medpage Today.

But supporters say calling it a disease could send an important signal to the doctors, insurers, and lawmakers alike. Categorizing obesity as a disease could change how the medical community "tackles this complex issue that affects one in three Americans", said board member Patrice Harris, MD, in a statement. "The AMA is committed to improving health outcomes and is working to reduce the incidence of cardiovascular disease and type 2 diabetes, which are often linked to obesity."

A boost for drug companies?

Although the AMA's recommendation did not explicitly discuss drugs, several doctors spoke about obesity pharmaceuticals at the organization's annual meeting in Chicago. Recognizing obesity as a disease could be a big boost to pharmaceutical companies selling obesity drugs, observers speculated in Forbes.

But overweight patients shouldn't depend on drugs and surgeries for losing weight. The AMA resolution called for "a range of interventions to advance obesity treatment and prevention." Exercise, nutrition, and lifestyle changes should continue to be paramount when addressing obesity. Many chiropractors can support their patients' weight loss efforts as a way to reduce their risk of back pain and other musculoskeletal conditions.