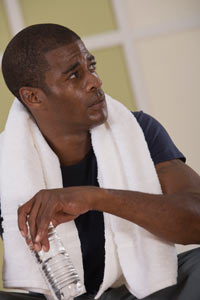 Exercise-induced asthma, or bronchoconstriction, causes shortness of breath, wheezing and cough. These symptoms are caused by the decline of more than 10% in forced expiratory volume in one second (FEV1), caused by exercise, in patients with the condition.

Studies have shown that nearly one in ten people suffer from exercise-induced bronchoconstriction. It has also been discovered that close to half of all competitive winter-sports athletes suffer from its symptoms.

A new research review and meta-analysis has provided a possible treatment for preventing these symptoms, without the use of drugs. Its findings show that vitamin C may have the ability to reduce the risk of asthma by easing physical exertion from exercise.

Researchers in Switzerland reviewed three randomized, placebo-controlled trials that had utilized vitamin C for asthma patients. Participants had been tested with an exercise challenge, followed by measurement of FEV1. The study analyzed the effect that vitamin C had on the patients compared to the control groups. The findings of all three studies demonstrated that vitamin C resulted in a reduced FEV1 decline by over 50% in patients after exercise.

Head researcher, Dr. Henri Hemilia, said that patients with respiratory problems associated with exercise, such as cough or wheezing, should consider trying vitamin C and testing if it helps.

Other research has shown that vitamin C can help people under heavy physical stress, such as marathon runners, avoid catching a cold. However, that study revealed that vitamin C intake did not help the general population prevent colds.

Former research has suggested that vitamin D is another possibility for relieving asthma symptoms.