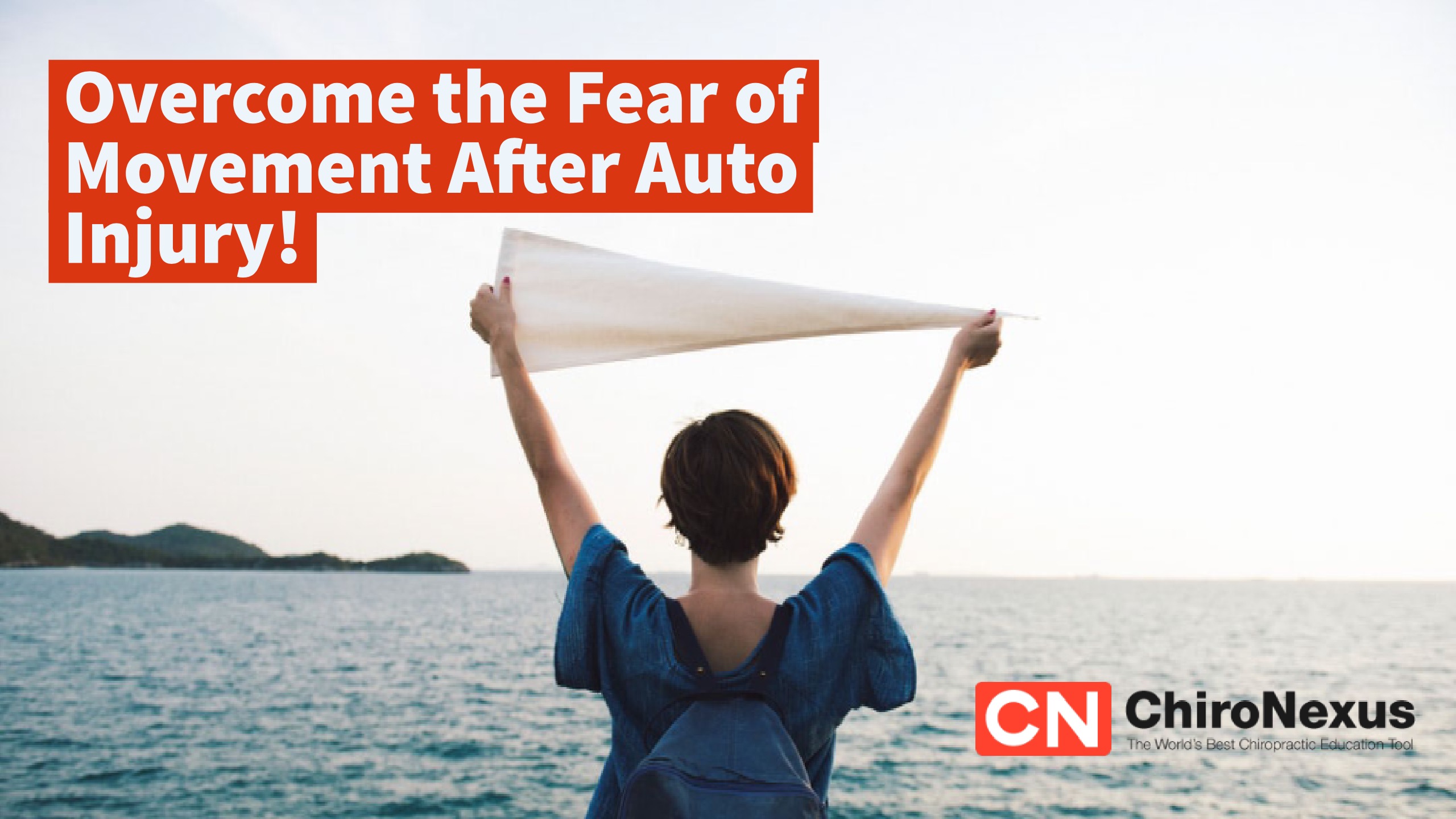 Your muscles contract, there’s a burst of pain, and a soreness that makes you want to avoid moving your neck too much or turning too far. You may worry about re-injuring yourself or you may think, “I could do more harm than good by moving my neck.” Unfortunately, not moving your neck after an auto injury can actually be worse for your recovery, especially for people after a car accident.

While the patients’ injuries ranged in severity, all of the patients had pain for under a month and all were injured in an auto collision. Researchers measured patients’ levels of fear using two different scales. They also examined neck range of motion and degree of neck disability. Patients were evaluated after one, three, and six months after the injury.

Patients who were more afraid to move their neck had more severe neck disability and reduced range of motion. Increased fear also prolonged the symptoms. In contrast, patients with lower levels of fear were more likely recover before the six month follow up.

Maintaining movement after an injury does more than just reduce anxiety. It also ensures that tissues don’t become more tense, restricted or damaged. Chiropractic can help you with recovery, because chiropractic works by restoring the normal movement and function of your neck and back.

If you’ve been in a car crash, don’t wait to get treatment. It’s important to get your spine moving again as soon as possible! Chiropractic can help you on the path to recovery!