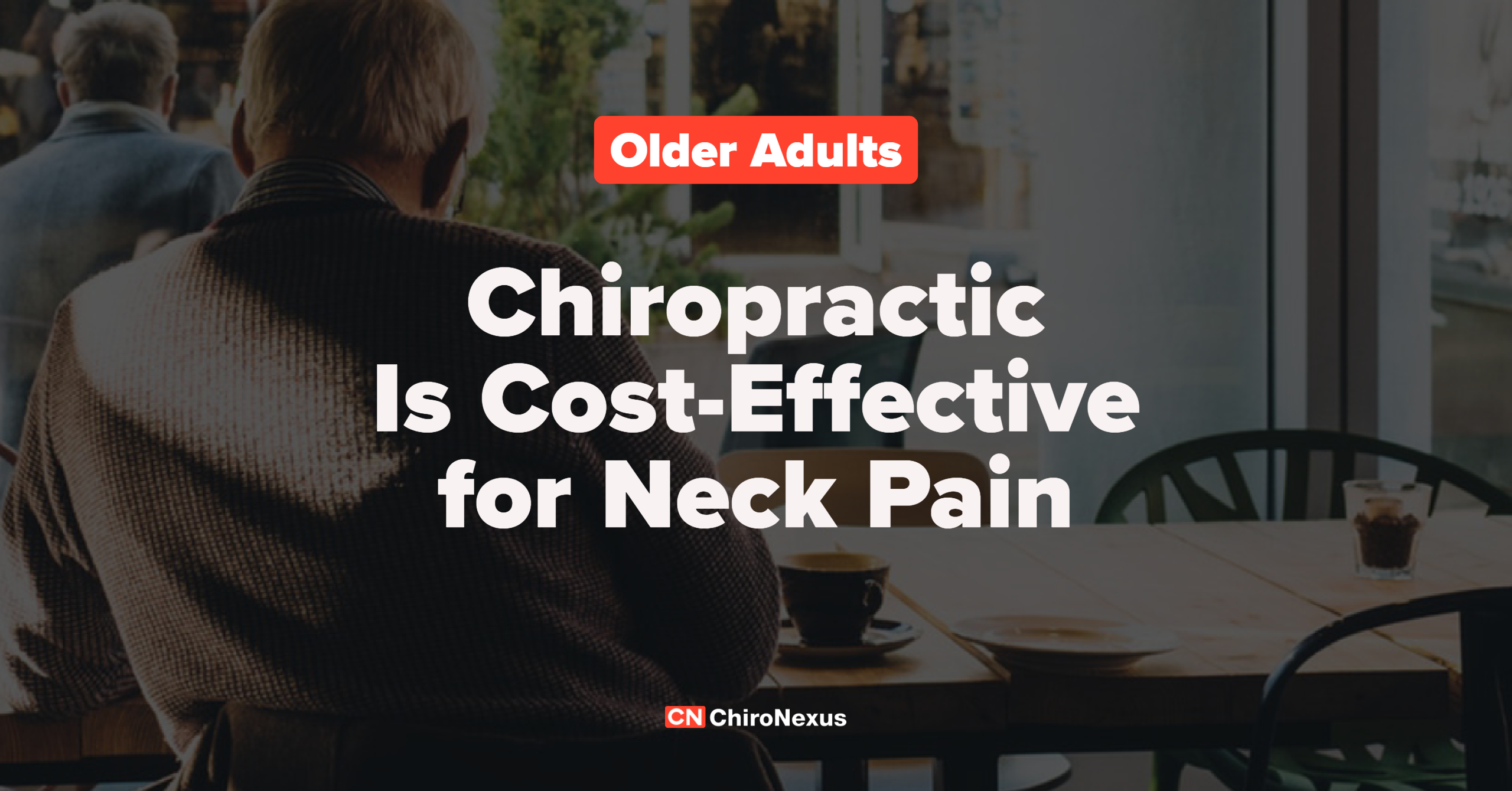 Although most people dream of being financially secure in their older years, sadly, this isn't turning out to be the case. In fact, the National Council on Aging reports that more than 25 million of our nation's 60+ year olds are considered "economically insecure" as they're living at or below the federal poverty level, which is just under $30k a year.

Ultimately, this often means having to decide which bills get paid first, which ones don't get paid at all, and what things they can go without. Sometimes, looking after their health doesn't make the cut. Yet, one study has found that chiropractic can be a cost effective treatment option for older adults struggling with the all-too common issue of chronic neck pain.

The study was funded by the National Institute of Health and Health Resources and Services Administration and, in it, the researchers set out to determine the cost-effectiveness of three different treatment options: home exercise and advice (HEA), HEA combined with spinal manipulative therapy (SMT), and HEA combined with supervised rehabilitative exercise (SRE).

Results were published in the November 2016 edition of The Spine Journal and, among those studied were 241 individuals aged 65 or older in the Minneapolis, Minnesota suffering with chronic mechanical neck pain. To be included, the participants had to be over a "3" on a 0-10 pain scale for three months or more, and the pain had to be accompanied by stiffness or tenderness in the cervical spine.

Once accepted, participants were assigned to one of the three treatment groups for a total of 12 weeks. The HEA-only group received four one-hour sessions in which they were instructed as to which exercises would help and how to self-manage the pain. The HEA + SMT group received the same, plus up to 20 sessions with a chiropractor. The HEA + SRE group had the same four instruction sessions, plus 20 one-hour sessions working on neck exercises with an exercise therapist.

The costs of the treatments and their effectiveness were followed for one year, with data calculations occurring at the one, three, and six month marks, as well as at the end of the study. Based on the results, researchers determined that SMT and HEA combined "resulted in the greatest reduction of neck pain and disability, and the most gains in QALYs" (quality-adjusted life years).

Furthermore, this combined treatment method was five percent lower in cost than HEA alone and 47 percent lower than SRE and HEA combined when taking into account both direct and indirect costs. Thus, chiropractic can be part of an affordable, yet effective treatment plan for this segment of the population.